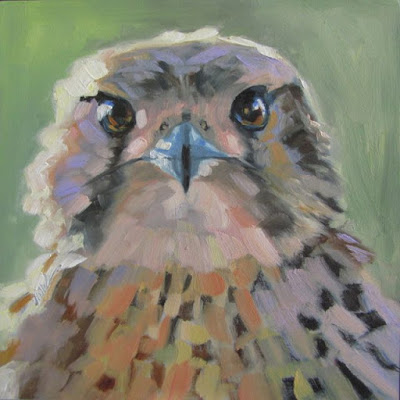 This Prairie Falcon was in for rehab and released Sept. 2014.
We are at the finish line. We have 20 tickets left so if you are
in need BUY ONLINE
or buy a paper ticket at
THE HOMESTEADER in beautiful downtown Steamboat Springs.
I thought it would be a great idea to include some photos of Tracy, her animals
and one of her helpers. 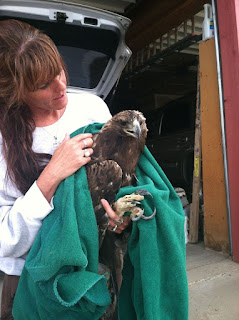 This is Tracy with a Golden Eagle in from Craig, CO.
Broken ulna/radius - Lee Meyring and Eric Eggerton of Steamboat Veterinary Hospital
performed the surgery the next day. Then it's rehab and release for this lucky Golden. 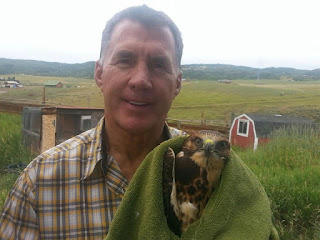 This is a Swainson hawk in after being hit by a car. The hawk is
held by Jeff Little in Steamboat Springs. The hawk recovered and was released. 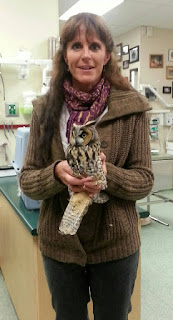 Tracy is holding a Long Eared Owl that has a broken humerus. Dr. Cindi from
Pet Kare clinic repaired this owl so it could rehab and be released. 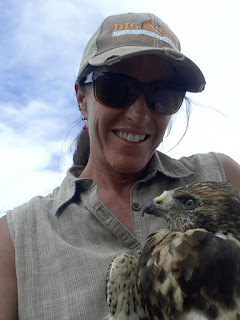 Tracy and a Golden Eagle!
For those of you who don't know - Tracy is a full-time
teacher at the Middle School here in Steamboat Springs.
She is trained and certified to work with wildlife.
If I wanted to help her with her animals in need it would require
hours and hours of classes and training down in Denver to become an assistant.
I'm in awe of Tracy and her passion for the animals.

Thanks for following I appreciate you taking a look.

Posted by MB WARNER/PAINTER at 7:51 PM