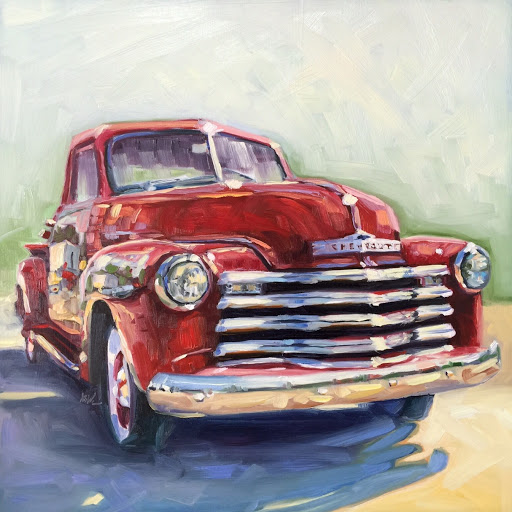 I can't explain it - I needed to paint my favorite truck again in cherry red!
It was so much fun and it made my day.
Thanks for stopping by - MB
Posted by MB WARNER/PAINTER at 9:27 PM 1 comment:

Here are some new girls! I've been in the mood to paint some animals - I thought I had a show
Scheduled for March and these girls would be the stars. Turns out I've been bumped from
The schedule so now I'm not sure where to put these new paintings. They may have to wait
Until summer. I'll enjoy them in my studio. Thanks for taking a look. MB
Posted by MB WARNER/PAINTER at 9:17 PM 1 comment: 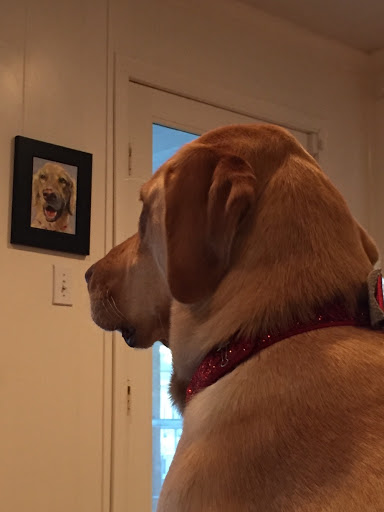 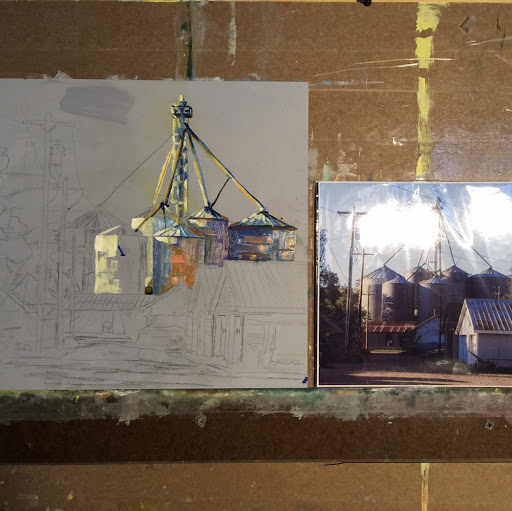 Sorry my posts have been few and far between.
I've been painting likeMad! Or I am mad????
Anyway my computer is fixed and I plan to get back On a posting schedule soon.
I drew this composition last year and never knew how to approach the idea.
As you can see I started at the top and I'm working my way down
Instead of the left to right approach. In fact the last couple of
Paintings I've completed were approached in this way - so much
For best laid plans!?!
Thanks for taking a look and have a fabulous weekend - MB
Posted by MB WARNER/PAINTER at 12:14 PM 1 comment: 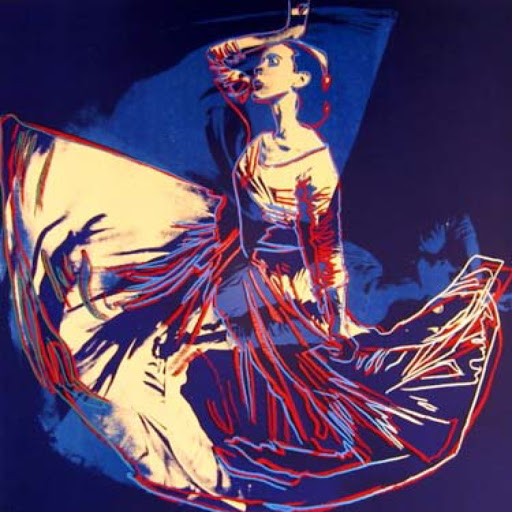 As I searched out better images of the paintings, I realized I had been surprised because I had thought of Andy Warhol’s serial Pop Art portraits as an “obvious” critique on consumerism that, “therefore”, merited little sustained interest in the pieces themselves. It never occurred to me to sit with a Warhol piece like I do with other pieces, spending time just looking and waiting and paying attention and enjoying the window that the artist had framed for me.  Now, I did.   I treated Warhol’s art like–well–art, and I learned some things.
MARCH 8 - 5pm(sharp) - 5:45pm
Center for Visual Arts
837 Lincoln Ave.
ANDY WARHOL(A)
A talk about Andy - his life and his art!
Hope you can make it - it could change everything.
More later MB
Posted by MB WARNER/PAINTER at 9:13 PM No comments:

Kakela's barn in Strawberry Park in the winter. I've always wanted to paint this barn and thought
winter was the perfect time to show off the red barn in the fields of snow. This painting is
a bit different for me but you know how much I like a challenge.
Thanks for taking a look. MB
Posted by MB WARNER/PAINTER at 9:10 AM 1 comment: 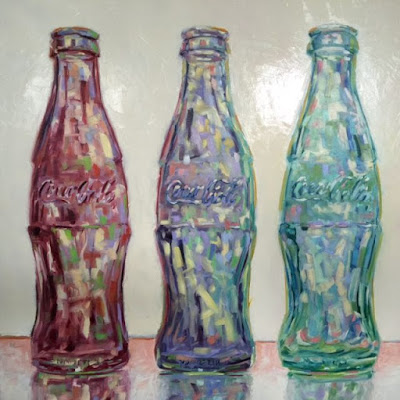 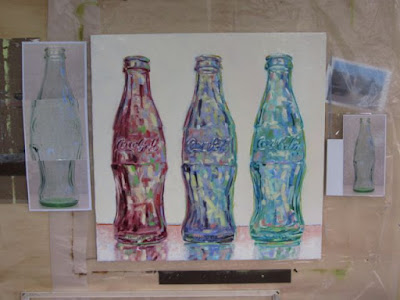 I leave everything up until the next day to decide whether it's
finished or not. I was happy with the result the next day
I ordered a frame and the rest is history.
Thanks for taking a look - MB 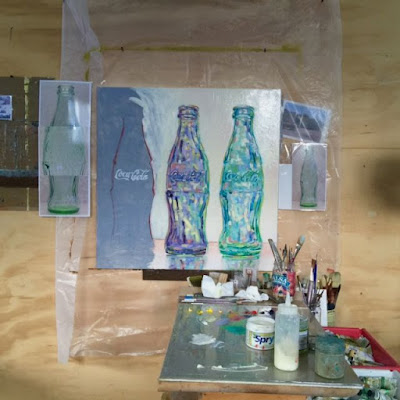 Here's the next day - I usually don't add the background color till
the end but for some reason it felt right to do it all at the same time.
I used a palette knife instead of a brush
(tried a brush first but didn't like the results so I got out my knife because I
wanted to create a different texture for the surrounding color - I thought it would add
some interest I didn't think there needed to be any more brush work
because there was plenty of action on the surface of the coke bottles).
Thanks for taking a look! 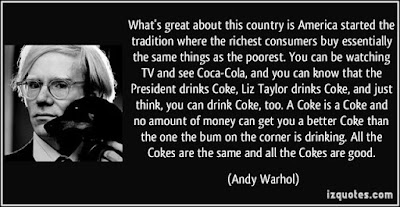 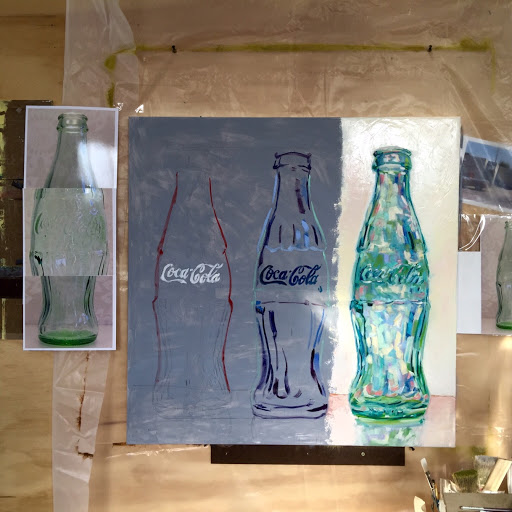 Here's how this painting got started. I knew the Palette show deadline was coming and
I like to have a new painting for the show. The idea is to display the five senses through
The painting(sight) - smell - touch - sound and taste. Well the sight part is easy it's fitting
In the rest that can cause some anxiety. I had been thinking about Andy Warhol a lot
Lately and had his books on my table. He has a great coke quote - I'll try to
Upload that tomorrow.  I always have a coke bottle around but what
About the sound and taste portion of the display. Then the Sam Cooke song "Having a Party"
Popped into my head and my problems were solved. The line in the song
"The cokes are in the icebox - the popcorn's on the table...."
The project was complete in my head now all I had to do was paint.
Of course it's never that straight forward but that's how the painting was created.
Andy Warhols coke bottles were green - that's why my first one is green(originally I thought
They would all be green) but Visually I had to change that idea so I added purple and red before I put the painting To bed for the night. I like to walk into the studio the next day with a plan
And try not to obsess tooooo much!
Whew - thanks a bunch!
Posted by MB WARNER/PAINTER at 7:56 AM 1 comment: 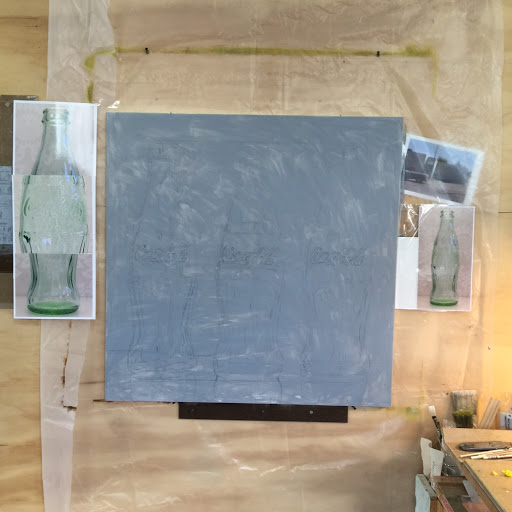 Here's the start to my new piece for the Palettes show at the Depot.
I'm trying this post on my i pad - just to mess with my head and
Learn something new. We'll see how it goes. It's always good
To have a plan. Thanks for waiting - MB
Posted by MB WARNER/PAINTER at 4:34 PM 1 comment: