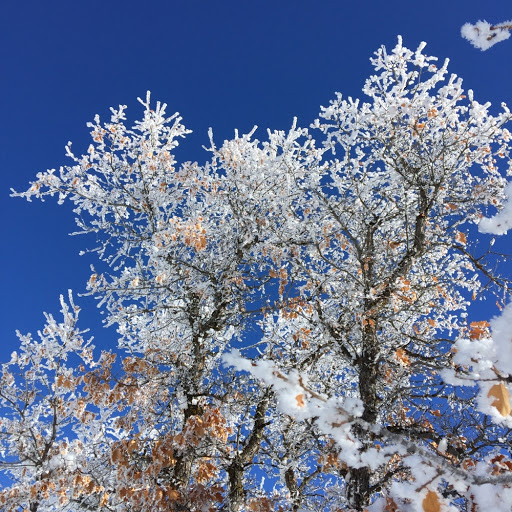 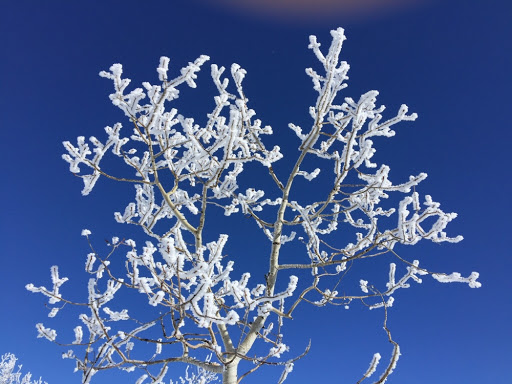 No, this frost isn't on performance-enhancing drugs. What you see in the photos is called hoarfrost.  It's not snow. We've had 3 days of hoarfrost and it's been such a treat. 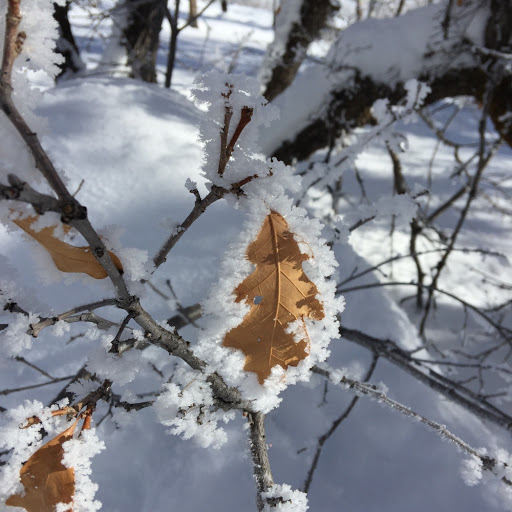 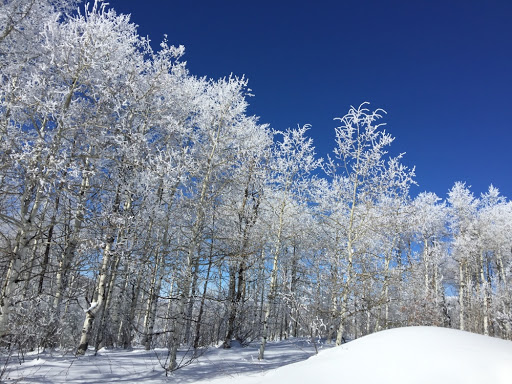 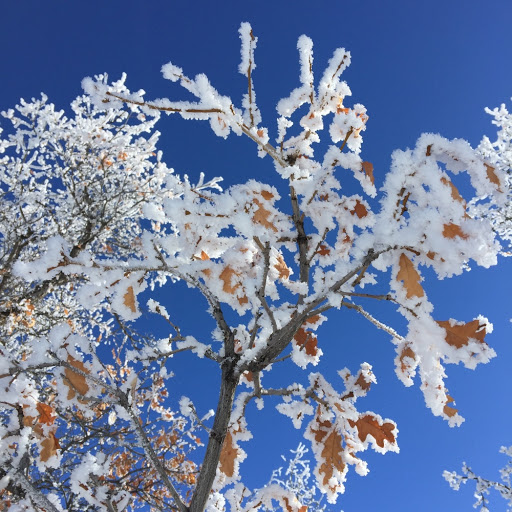 According to the National Weather Service office in Riverton, Wyoming, the Old English dictionary (c. 1290) defines hoarfrost as "expressing the resemblance of white feathers of frost to an old man's beard."

First, to produce any frost, you need water vapor (gaseous form of water) in the air over cold ground with a surface dew point at least as cold as 32 degrees.

When these water vapor molecules contact a subfreezing surface, such as a blade of grass, they jump directly from the gas state to solid state, a process known as "deposition", leading to a coating of tiny ice crystals.

So what provides the boost for frost to grow into hoarfrost like this?

Generally speaking, you want a much more moist air mass in place. In late fall, winter or early spring, one or more days in a row of freezing fog (fog with air temperatures of 32 degrees or colder) is a perfect scenario.

With more moisture in the air, the interlocking crystal patterns of frost become more intricate and much larger, building up to a greater depth on tree branches, signs, fences, anything. This is hoarfrost.

If there is a light wind, the hoarfrost can accumulate on the downwind side of objects. 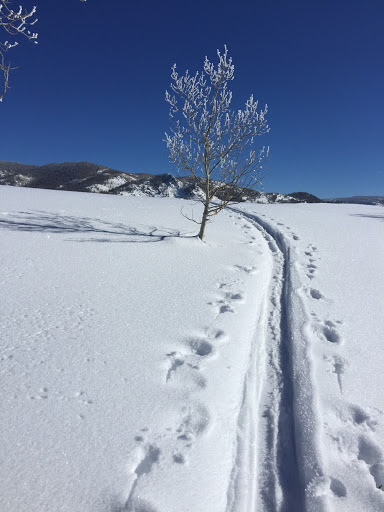 I'm at the top of the mountain after hiking on my skis for 45 minutes.
The sun will warm the air and the hoarfrost will fall off the trees it will look
like it's snowing. Skiing hoarfrost is like skiing through a bowl of dry cornflakes
you can hear the crystals hitting your ski pants. Hoarfrost makes for some
fun runs. It adds another dimension to the skiing experience. 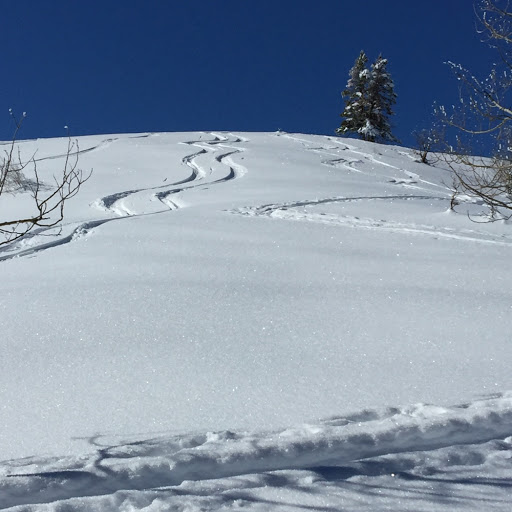 You can see the snow sparkling those are hoarfrost crystals growing out of the surface
of the snow. Today the crystals were twice as big because the conditions were just right over night.
Sorry for unexpected photo blog posts but I've been cleaning my shop - again and reassessing
some goals for 2017.
Thanks for your understanding. MB

Posted by MB WARNER/PAINTER at 6:00 PM