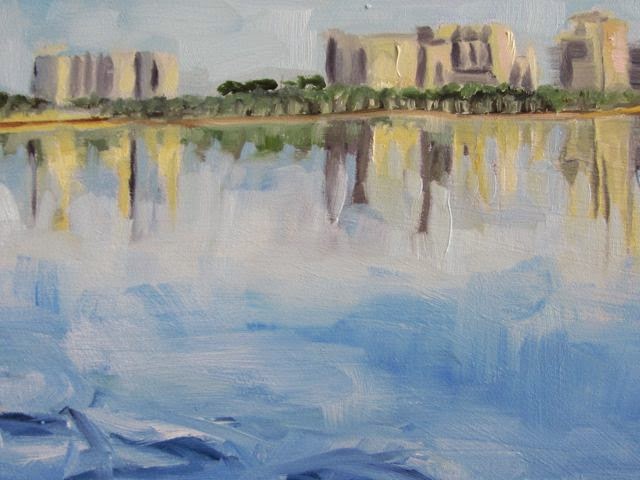 My brother sent me a photo and it triggered a memory
of the painter Thomas Eakins. This painting will be in 3 parts
Painting dimensions 10" X 16"
Each day I'll give a little background on
Eakins(pronounced AY kins; 1844-1916)
Quotes are taken from The Annotated Mona Lisa
"When Eakins decided to paint a crucifixion, he strapped his
model to a cross. His first concern was to get the anatomy right.
To learn anatomy, he dissected cadavers and became
so knowledgeable on the subject he lectured to medical students.
He plotted out the perspective of his paintings with mathematical precision."
"I hate affectation," he wrote.
"I am learning to make solid, heavy work."
I had not thought about Eakins for years - to tell the truth he's kind of
a blip on the screen in the art world. Most of my art history books
devote a paragraph to Eakins nothing more.
Also, I'm not comparing myself in any way to his artistic ability.
This is fun for me and I learn something new in the process.
Thanks for following!

Posted by MB WARNER/PAINTER at 5:43 PM