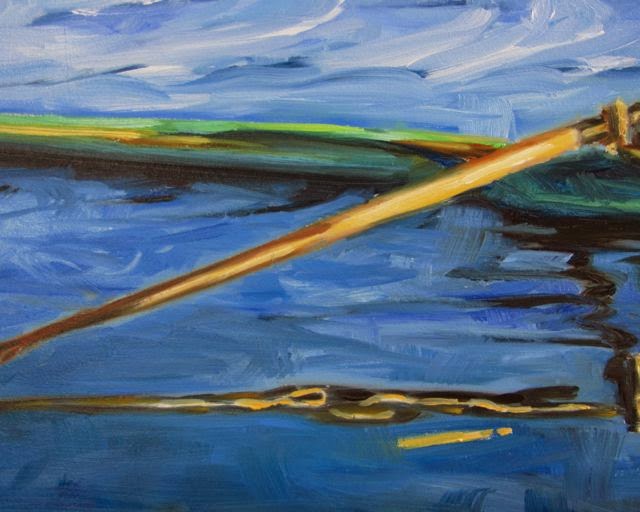 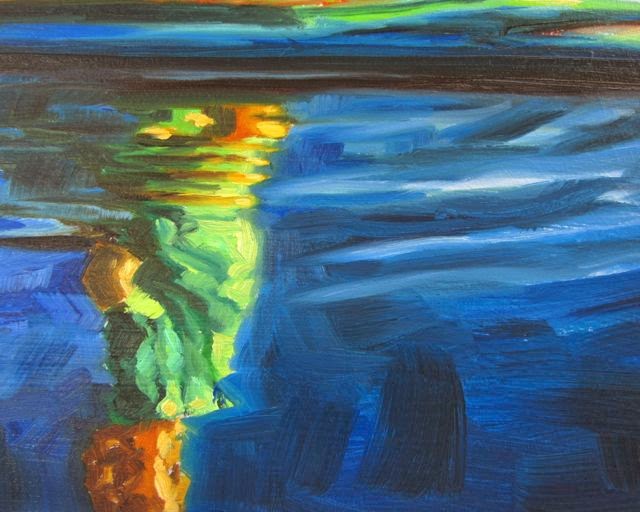 DETAIL
"Eakins revolutionized art instruction. Instead of drawing from
plaster casts, he required students to draw the nude from life,
studying its motion and anatomy. The idea was ahead of its
time: when he insisted on a class of both men and women drawing
from what a newspaper called "the absolute nude,"
Eakins was fired in disgrace. Professional careers were
closed to women and blacks, he encouraged them to study art.
One of his pupils, Henry O. Tanner(1859-1937),
became the first important black painter and the most
successful black American artist
before Romare Bearden and Jacob Lawrence."
Drawing from life is difficult, frustrating and rewarding.
Thanks for following it should become clear in part III.

Posted by MB WARNER/PAINTER at 5:55 PM