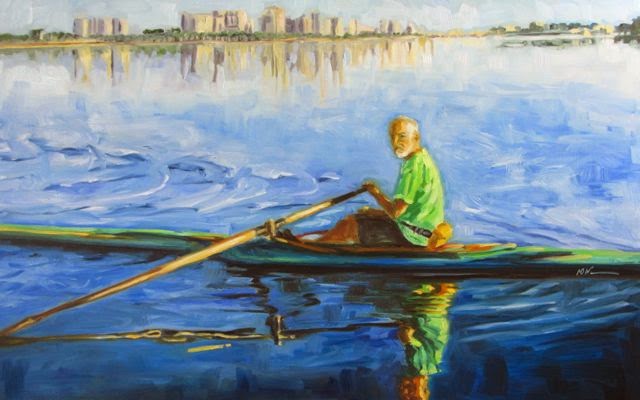 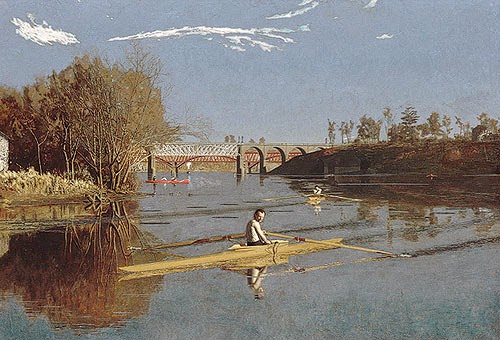 "Max Schmitt in a Single Scull"
1871 by Thomas Eakins
Oil on Canvas 32" X 46"
Metropolitan Museum of Art, New York City
Now do you see what got me going??!!!
The pose, the light, the city in the background.
I just couldn't resist.
Shortly after his return from studies in Europe in July 1870,
Eakins began to paint rowing pictures.
The Max Schmitt rowing painting was the reason for this quest.
Although few critical voices actively promoted Eakins' vision,
the sheer steadiness of his quest to center his art on the
accurate portrayal of the human figure
won him a position in the art world. 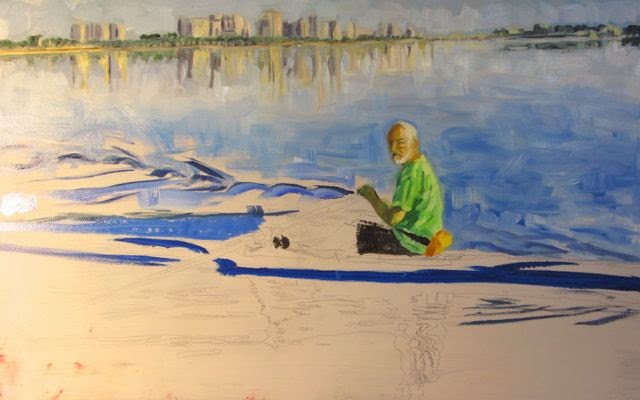 I painted this in one day
but it took 2 more days to finish.

Posted by MB WARNER/PAINTER at 6:33 PM